Why is Jewellery Good for the Soul?

When we envisage the Neanderthal man we imagine a savage warrior focussed on surviving in a harsh world using stone toolsto make weapons for hunting. Yet it seems that even 135,000 years ago man had an intrinsic desire to adorn their bodies with jewellery. An archaeological discovery in Croatia of eagle talons cut in precise locations revealed this to be one of the earliest examples of man’s need to create such ornaments, confirming a seemingly fundamental wish of human beings to wear items of beauty. And as such jewellery and the reasons for its creation has provided us with fascinating stories about what it means to be a human being.

In early societies, the hunters and warriors wore amulets to protect them from danger as well as utilising items from the hunt or battle to reflect their prominence within the group – the great warriors adorned accordingly to show their prowess in battle. Indeed, the magical and mythical properties of gemstones have survived the centuries and today many choose crystals for their healing properties or for what they symbolise, for example Rose Quartz being the stone associated with matters of the heart and unconditional love. 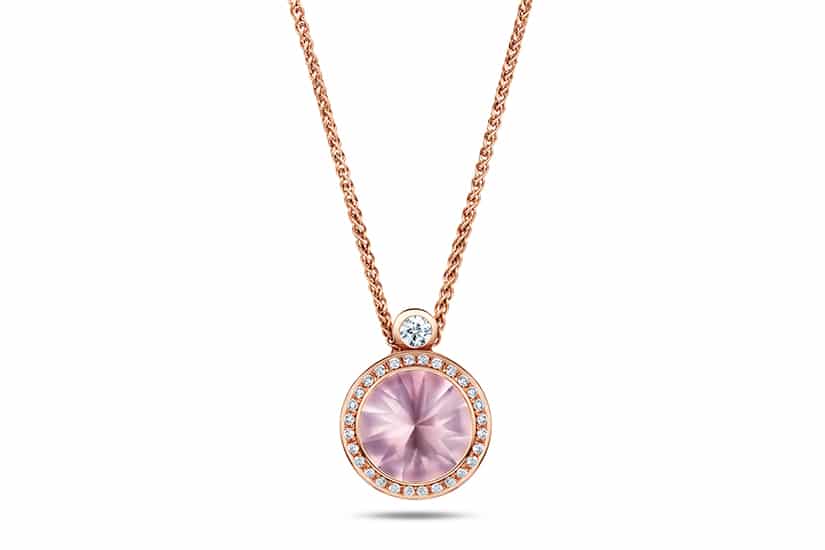 Jewellery as a way to express one’s wealth and power has been prevalent for centuries with Ancient Egytpians creating wonders in gold and gemstones, most notably Tutankhamun’s death mask. Whilst we rarely hear of riches being offered as gifts to gods in modern society, it is still common place for people to wear jewellery revealing their religious beliefs: from the Christian crucifix to the Buddhist mala beads, the symbolic nature of such pieces project an unspoken message from the wearer to those around them.

Indeed, concepts sometimes difficult to put into words can be expressed through jewellery. One of the most common reasons to purchase fine jewellery today is to denote connection and commitment to another person in the form of an designer engagement ring or wedding band. Giving and accepting such a ring tells the rest of the world that this couple are united in love and the ritual is one which has survived hundreds of years. 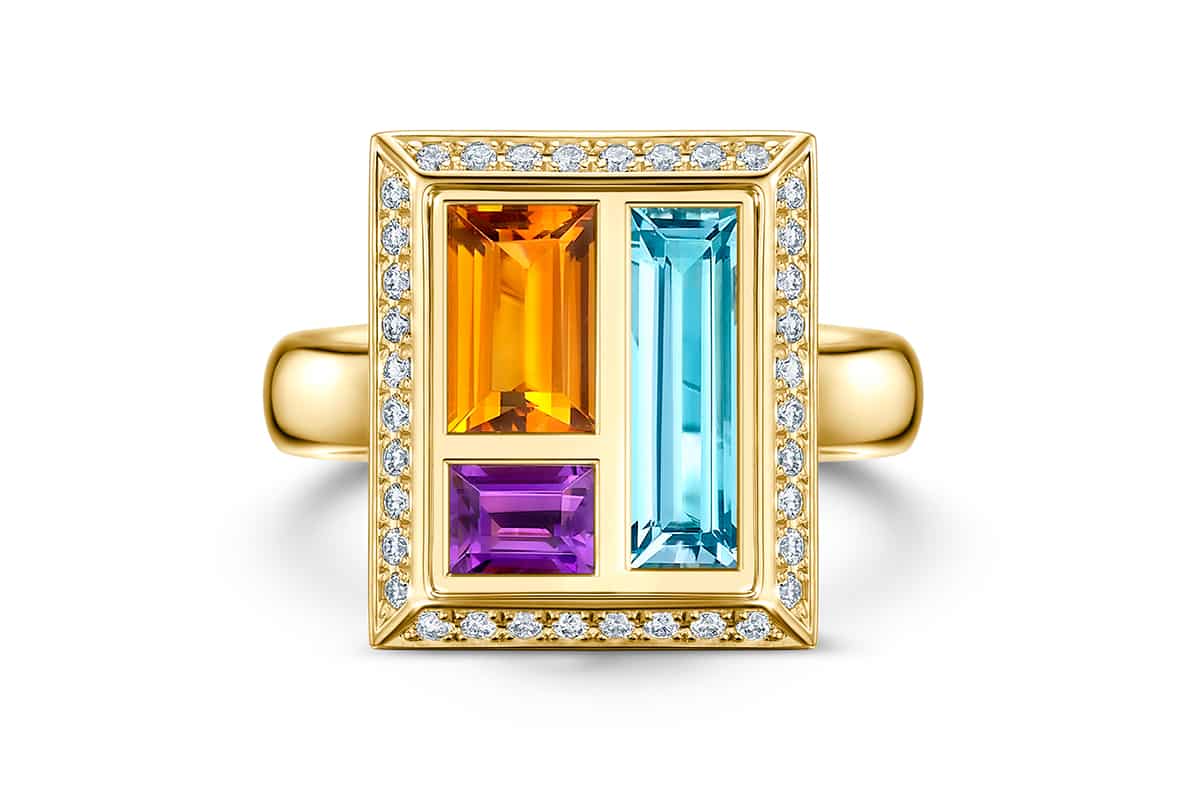 To celebrate our individuality we adorn our body with jewellery chosen specifically to reflect our heritage, the places we have travelled or to commemorate significant life events. We may choose to wear jewellery to enhance our mood or to send out a message about how we are feeling. Like the male peacock who regales the female hen with an elaborate display of colour, the human too can utilise jewellery to celebrate their individuality, their inherent uniqueness. 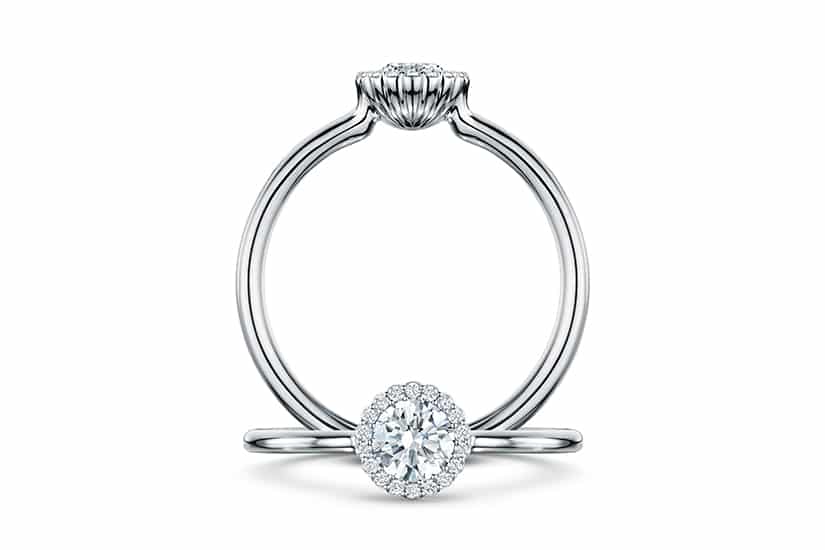 As a fine jewellery brand, we understand that for all its gleam and exuberance, for all the fascinating reasons why we choose to wear jewellery, a piece can never outshine the wearer, it is there to enhance and illuminate their beauty, to invigorate and compliment how they communicate with society. Since man began his journey in the world, there has been an inherent need, above that of basic survival, to revere and to create things of beauty. It is indeed, food for the soul.

If you would like us to keep you informed about new collections, addition pieces, up and coming events and special offers, simply fill in the quick form below. All the information you provide is held in our secure database and we will never pass your personal data to anyone else. Information obtained is solely for use by Andrew Geoghegan.

If you have a question about any of our pieces, or would like to enquire about a bespoke piece, please contact us on the details below and we’ll get back to you as soon as we can.

I know the finger size

If this is the case then please select the correct size from the drop down on the ordering page. The size options are from the ‘British’ system – if you are using another system then please consult the table below to determine the size to select. We may have to charge for resizing a ring. Please contact us if you need some assistance.

I don’t know the finger size

If this is the case, then please select any option from the finger size drop down but add a message to the order or contact us after and state that you need to discuss the finger size. Once your order has been confirmed we will contact you about how we can ascertain the correct size. This can be done in a number of ways including sending samples and we will be happy to help you with this.

When will I receive my piece of AG?

Andrew Geoghegan jewellery ordered from the website will be made up specifically for the customer on ordering. This process usually takes from 4 to 6 weeks to complete  however due to the current virus situation there will be additional time required due to workshop and supplier closures. We ask that you please contact us to discuss the delivery times on potential orders. When normal production is resumed there is the option of an express delivery if your required date is within the 4-6 weeks – again please contact us to discuss. Please note that silver items (cufflinks in the main) are at times held in stock so the order can usually be processed sooner. A bespoke item, a modification or even one which requires a specific stone could take more time to complete. Wherever possible we will furnish you with an idea of when your order will be delivered.

There are occasions when we have certain pieces in stock which can be sent out very quickly so please enquire if this is a requirement.

Please be advised that in exceptional circumstances such as adverse weather conditions your package maybe delayed. In these circumstances it is important to respectfully point out that we do not take responsibility for any impact the delay in delivery may have. As we approach the Christmas season delivery times maybe in excess of 6 weeks.

It is very possible to express an order through so as we can hit a certain date. Please make contact with us to discuss this.

Cost and methods of shipping

UK: If you live in the UK then the shipping is free and we use the Royal Mail Special Delivery service. This is a trackable service and a signature will be required on delivery.

Non UK: If you live outside the UK your item will be shipped by Fedex and will cost £50.

Can you ship to an alternate address?

Yes we can ship to an address which is not assigned to your credit/debit card however we will require additional forms of identification and proof of address.